Damn… I love alliteration! 🙂 It comes naturally, a function of the ADD brain I’ve thought, as I often think in rhyme too… Anyways…

Making her debut is The Arcadian Cowl (single loop version): 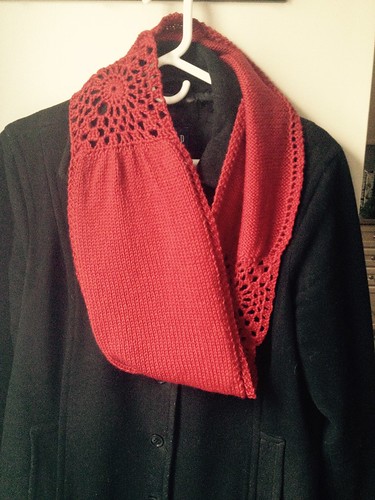 I’ve a busy day today that will preclude knitting – I wish Atavan was available OTC! – but the test knit for Arcadian’s double loop sister should be underway by this evening. I really like this blocked and finished and might just keep it!

And as knitting is my Valium, I jumped into yet another project. This is another buster of most ancient stash and easy on the hands so far. KFI’s Angora Extra, has been languishing in my stash for at least 5 years and when I found it a few days ago, I wanted to knit it but was out of love with the original pattern I chose. Elsebeth Lavold to the rescue and I now have a couple centimetres of “Halle” underway. 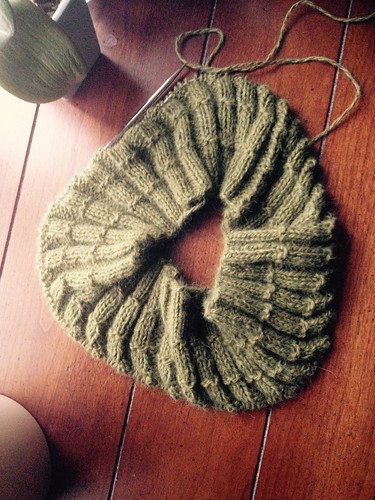 One thought on “Arcadia And Angora”