And so, here is the little bit that I’ve got completed on Jacaranda / Jose. Fronts cast on and almost to the first decrease row.  In fairness, I’ve been working mostly on the Spiral Pram blanket, it’s just so easy to pick up and put down. It is looking much larger since I posted the last photo but is currently squished onto a 100cm circular – the longest I have – and so I didn’t bother with a photo. Hopefully, there’ll be some longer cords at Yarn Forward, in Kanata when I visit the ole stompin’ grounds for a hair cut there later today. 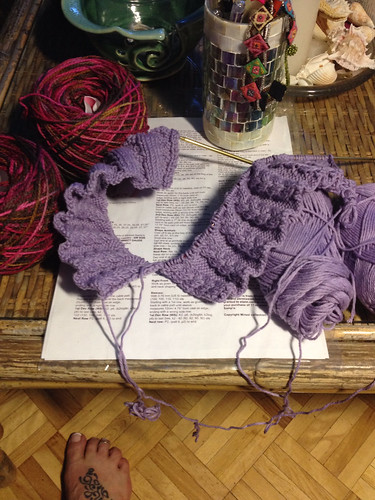 Canada Day long weekend was lovely and relaxing. It’s a pleasure having The Boy here. The weather has been gorgeous and I’m feeling more than a little spoiled! We’ve done a few outings and a trip to Michael’s – meant to purchase painting supplies for The Boy – was the expected temptation that it always is for me: 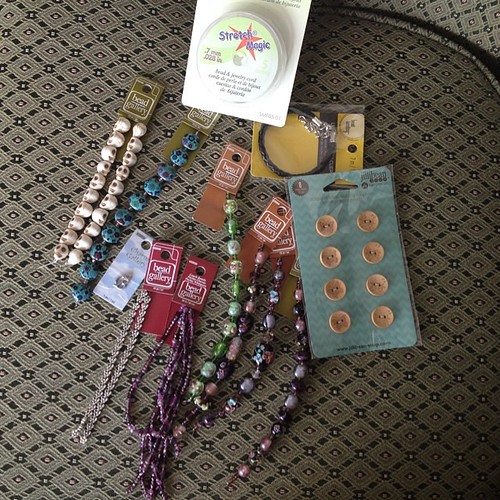 I’m going to do a little bit of very simple jewellery making and the buttons were a pleasant surprise to find; some nice quality wood that should look well on a sweater.

Back to work today and the residual soon-to-occur moving day things are still happening. Hopefully, that will be fully settle and ready for a smooth execution on the day. Not much to post these days but in the intense heat and humidity, that’s just fine. Hopefully, your days are filled with sunshine, activities you love and a whole lot less computer time!

It never ceases to amaze me just how quickly the days fly by.

A scant two months ago, I began looking a for a place to call home. The immediate flurry of activity as rental and sales agents became involved has made much of the time a blur. The last three weeks of sale negotiations and the nail-biting stress of doing this on my own are fading quickly with the realization that it’s just over two weeks before I’ll be settled in my new digs. A good place, free of any hint of the ugliness that shadowed much of the last two years.

This realization put a burr under my saddle as of Friday past and I am now in full on packing and organizing mode. The Boy is coming back for a visit in three days too, note to self: men need more than snack foods! I’ve much still packed thankfully. It became apparent almost immediately upon moving here that it would be temporary, so only the things I’ve been using to be dealt with. An order of boxes arrived yesterday and I’ve working at getting the least used things packed, labelled and stacked. Next up this week is to find a small, private mover – beer, pizza and friends being all well and good but probably the same cost and to begin tying up all the account type things. 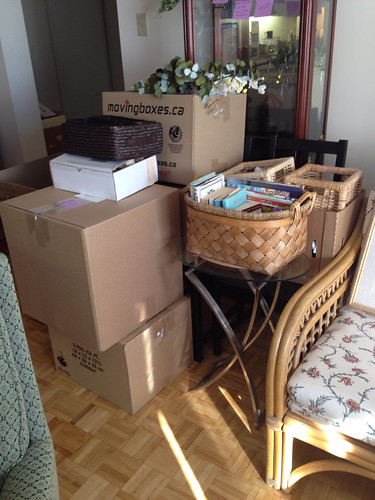 In between, there is a little knitting to keep me on an even keel. Jacaranda / Jose got a lot of love this past week, the back is now done and the fronts have been cast on: 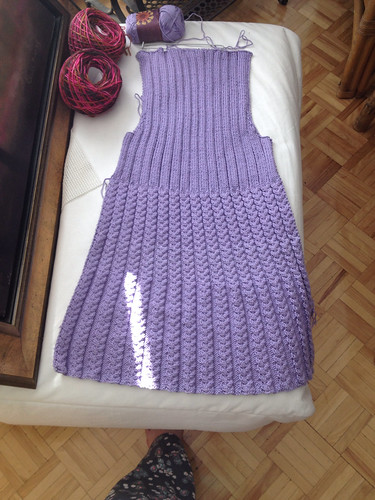 Despite my – ahem – better judgement, I’ve decided to participate in the Sweet Georgia “Summer Of Socks” KAL. I love SG’s yarns and have some kicking around that really needs to be knit. A couple bordering on ancient skeins of “Boheme” colourway should do for this project. The Superwash Sock is thick, bordering on a Sportweight and I’m thinking my own “Japanese Lanterns” pattern would be pretty in this or maybe my original “Mad-tini” socks. 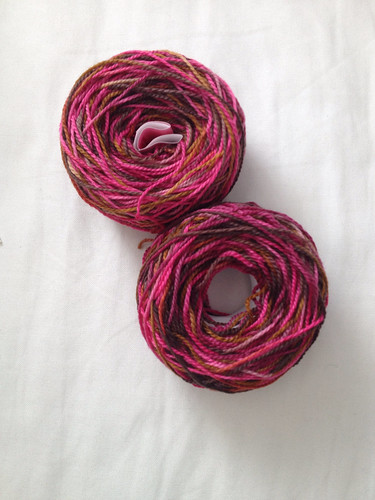 And with that, another work day calls – loud and grumpy, like an angry fish wife! – it would seem that again, I bought lotto tickets that aren’t jackpot winners. I’ll need to speak sharply to the sales clerk when I buy my next one!

Hope your Monday is gentle and if not that, productive.

Who’d have thought? There are days this blog feels far more chore than hobby; for the most part though, I enjoy sharing here. I know the sharing certainly keeps me motivated to keep knitting, crocheting and learning more about my fibre crafting.

There are WIP’s – there are always WIP’s – with me, it’s just a matter of which ones are active and which ones are hibernating. I’ve managed to get a fair bit of work done on the Jacaranda / Jose Cardi; a miracle what with work and packing and the paperwork for the move! The back is just about ready for the armhole shaping: 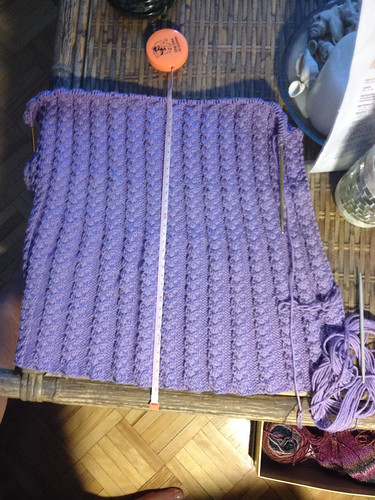 And because this is ADD Me, I must have a “Quick ‘N Dirty” project (especially because even the highest quality cottons hurt my hands!) I’ve cast on the “Spiral Pram Blanket” mentioned in a previous post. I’m working this in leftover Noro Silk Garden – the neverending stash of SG – and am loving it so far: 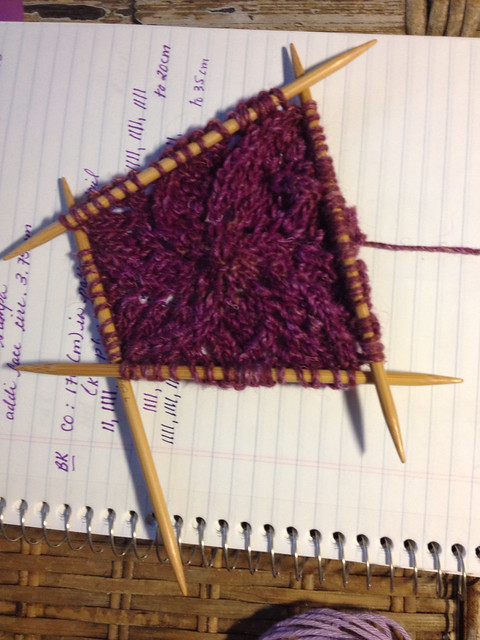 Ugghh! It’s a wonder that I can type to create a post today… Who’s brilliant idea was it to have not one but TWO projects in cotton?!

I’ll save my “That’s Not My Name / Julissa” update for tomorrow, to be all official-like on Make It Monday. You can peek by clicking the link if curiosity is killing the cat, smiles.

The cotton – and ALL cotton, regardless of manufacturer or price point, pima or egyptian- begins to feel like #9 binder twine after a few hours. I made the executive decision to put up with that for my “Jose” by Jane Ellison because it’s cute and purple. I have NO idea what made me think that a crochet stash-buster out of Brown Sheep Cotton Fleece would be a good alternate project. I am happy that it is getting used up but holy lipton! It is just killer on the hands.

No photo of “Jose” – it’s just ten centimetres now instead of two but here is the beginning of a leftovers lap quilt in the Brown Sheep:

Working these in a neat wave stitch variation.

A wee break is in order today. I have a shawl design that I’d like to sketch, a mosaic tea tray that I finally have all the items to get finished up and a pot of chili that needs to be simmering for company that should be here tonight. Any knitting or crocheting will be of the more fuzzy variety as I’m working on more hexipuff pairs for the shop.

These are a few that are ready to go: